We began work on Series I of BBC Dragons’ Den in January 2004. Initially tasked by Producer/Editor Martyn Smith to come up with a visual context for the production, we presented some mood boards and basic design concepts. The main requirement was for an arena in which the encounters between the entrepreneurs and the Dragons could dramatically take place. After juggling with several ideas, including the notion of using a stark modern interior, it was decided to pursue the idea of a more historic industrial aesthetic.

The top floor of a furniture store in Stoke Newington built in the 19th century soon became the favoured option as the location. This was a rare find. Few buildings of this sort still exist that haven’t been converted into apartments or offices. The lime washed brick, polished timber floor and original metal framed windows were an ideal starting point. Also the stairs that led up from the lower floor provided an excellent entrance for the entrepreneurs in their encounters with the Dragons.

We worked closely with Martyn Smyth and Grahame Wickings, (Director of Photography), in giving the series its own very specific look.

We purchased some chairs and tables for the Dragons that complemented the chosen aesthetic, and punctuated the background with several vertical lighting tubes – (a nod to modernity). We decided to enrich the interview area with the addition of interesting and somewhat disconcerting items, such as a reconditioned operating theatre lamp. By adding these props that were clearly out of context we hoped to create a slightly unreal quality to the finished production.

We installed several scenic wall sections finished in plaster brick painted to match the real walls. These we used to define the space we were using and to cover some distracting parts of the existing structure. Light and sound presented particular problems. Being so close to a busy main road and a railway line it was necessary to soundproof as best we could. Blackouts on the skylights were essential to control light, and we constructed false inner frames clad with lighting scrim that we inserted in front of the windows. 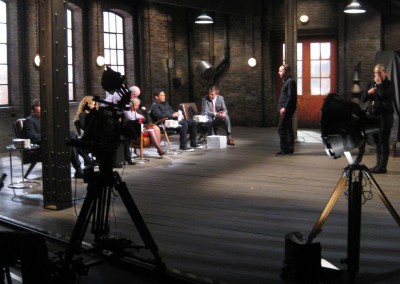 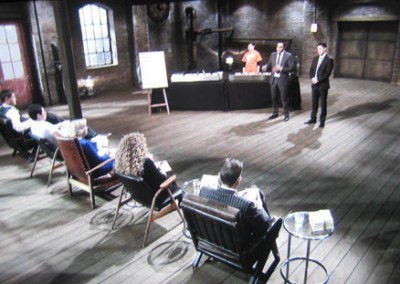 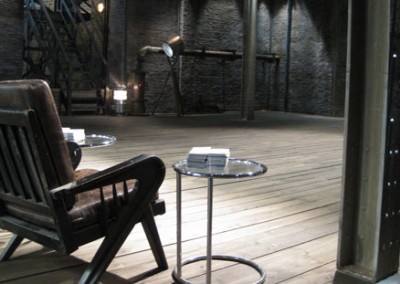 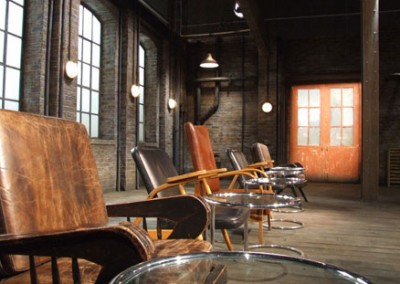 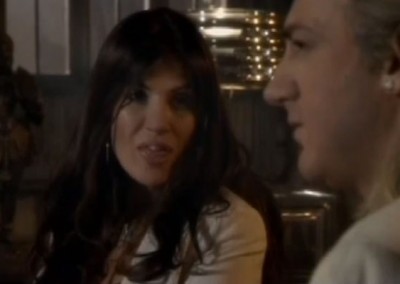 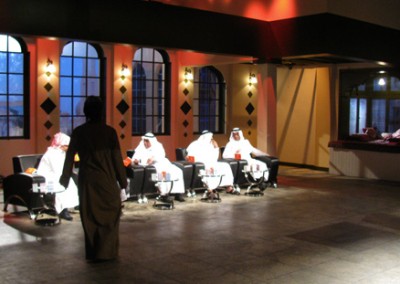 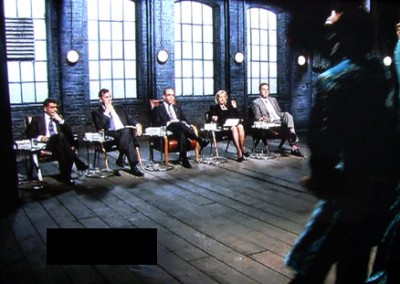 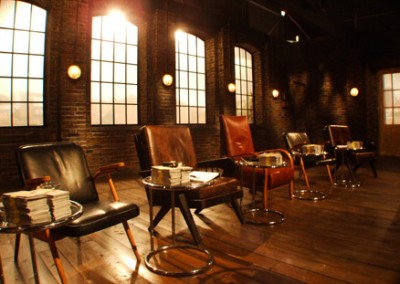 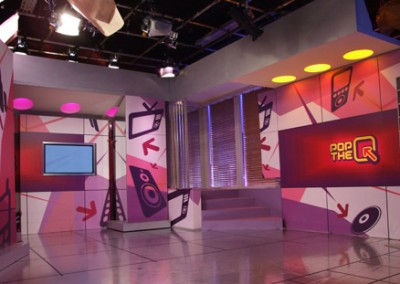 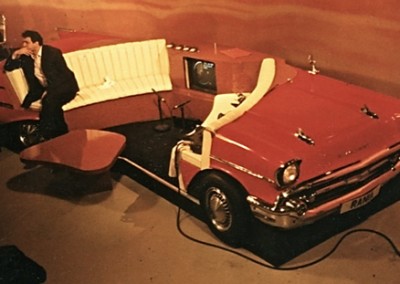 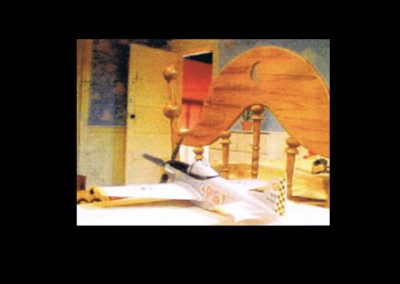 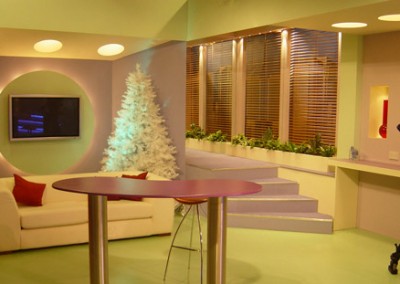 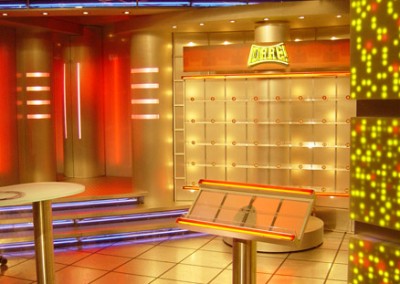 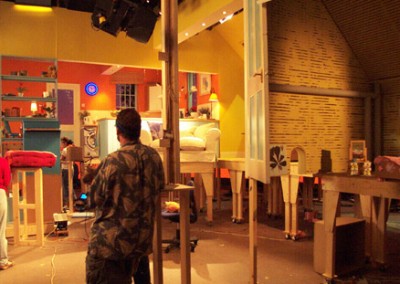 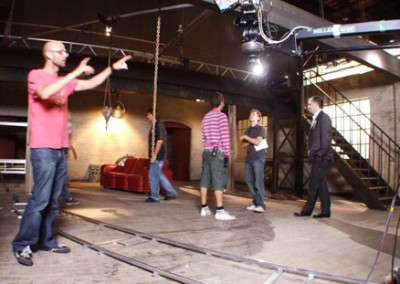 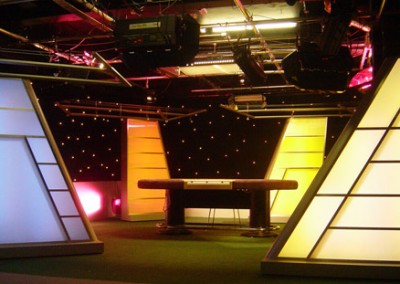 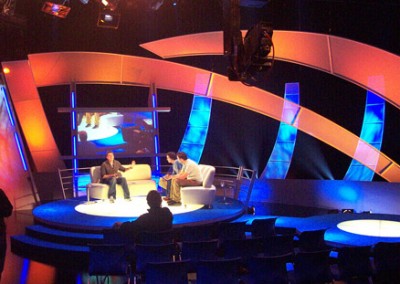 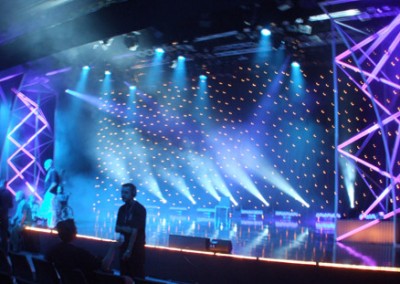 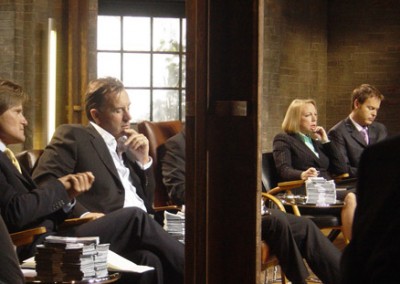 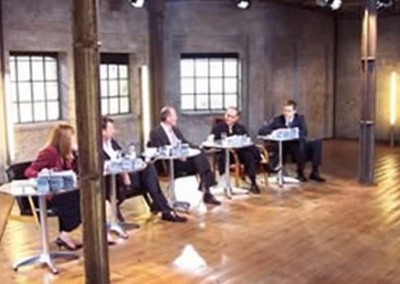 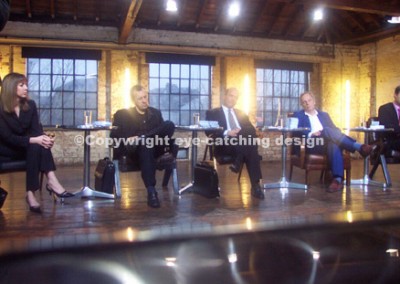 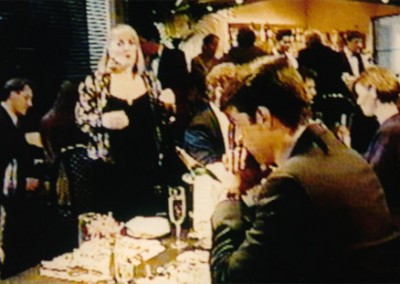 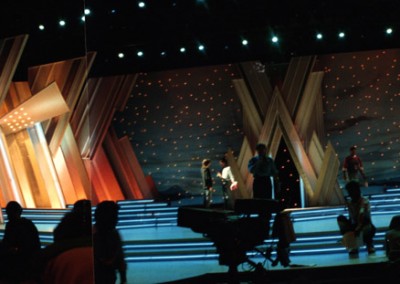 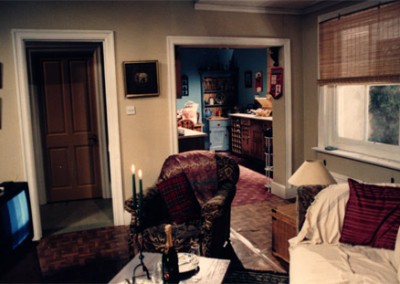 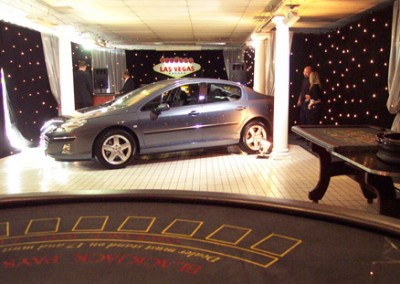 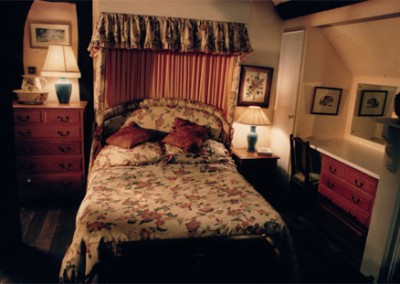 One Foot in the Grave – Country Cottage

One Foot in the Grave – Flood 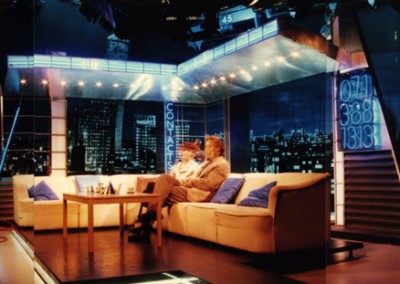 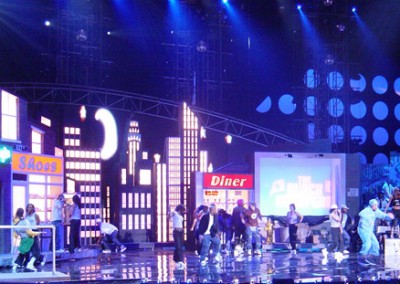