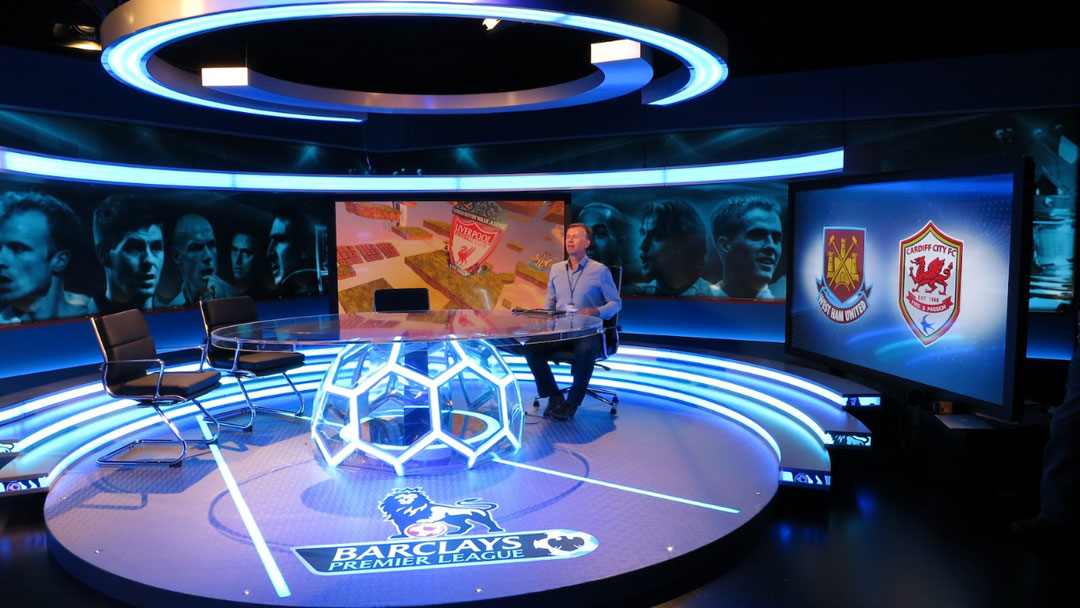 Eye-catching design are delighted to announce we have just completed the design and installation for Premier League Productions at the IMG studios in London. ECD were awarded the design contract because the concept creatively answered a very specific brief that had to offer functional presentation areas that at the same time could be adapted for other content use whilst still retaining a synergy and easily recognizable Premier League brand.

The Premier League has launched a 24/7 high definition content service for its licensees outside the UK and Ireland. Premier League currently broadcast around the world in 211 territories to a global reach of over 500 million.