Incorporating 20 cubic meters of cobbles set into cement. A false perspective backing and the use of smoke gives the set depth and reality.

Exterior street scene built as a set at Ealing studios. 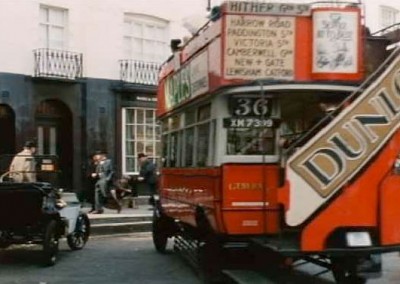 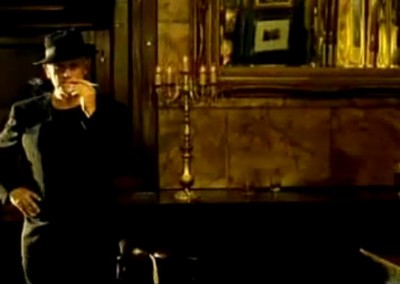 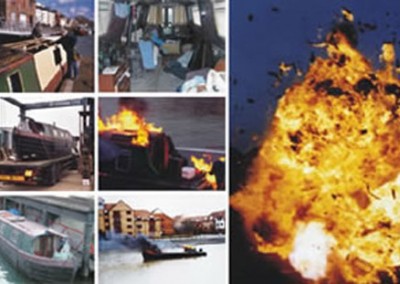 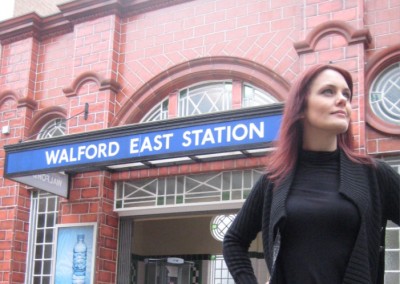 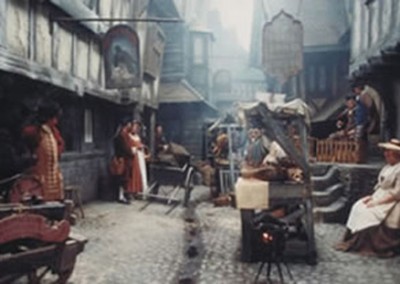 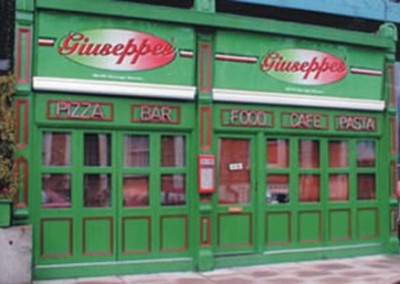 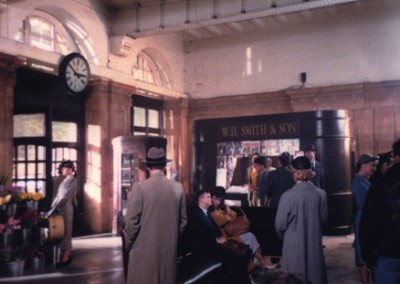 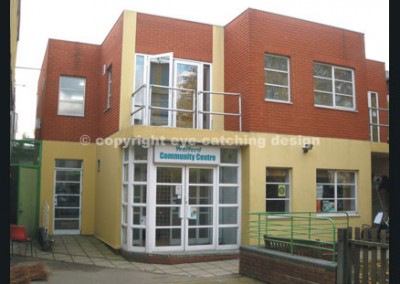 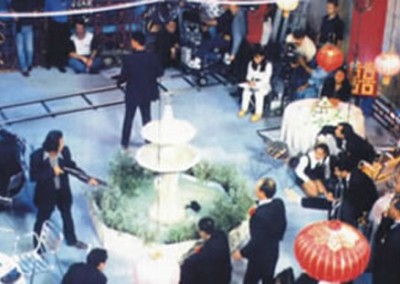 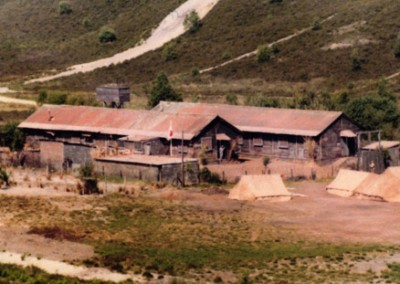 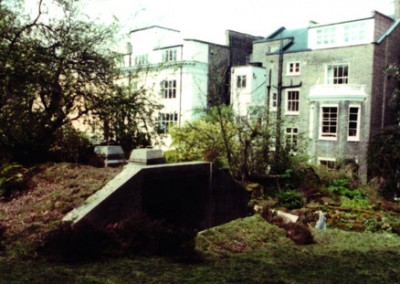 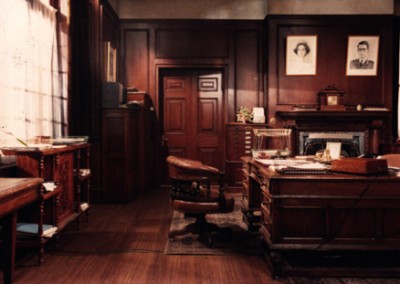 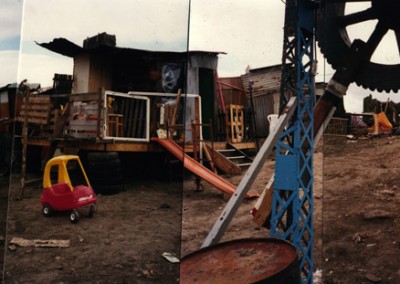